Simon Spier is a closeted, gay, 16-year-old student in his junior year of high school with a fondness for musical theater who lives in a suburb of Atlanta, Georgia. Unbeknownst to his family and friends, Simon has been sending e-mails to a person going by the name of "Blue", Simon himself using the pseudonym "Jacques". As the two become closer, however, Simon's secret suddenly falls under siege; the e-mails sent between him and Blue are threatened to be released if he doesn't play wingman for Martin, the class clown, and coerce his friend Abby into falling in love with him. Now, his sexual orientation and the privacy of him and his enigmatic digital confidant could possibly be compromised. Simon must find a way to step out of his comfort zone, before he is pushed out, and before he loses Blue, who only grows more flirtatious by the day, and who Simon, whether by choice or not, is on the cusp of encountering in person. 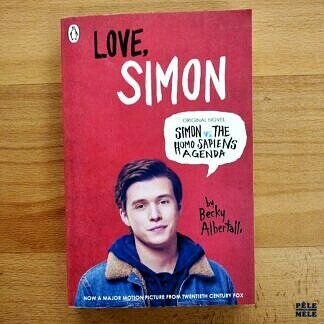